So maybe (maaaaaaaaaaaaaaaaaybe) IMAX is taking a page out of The Alamo Drafthouse/Mondo’s playbook and offering limited edition posters for those diehards showing up at Friday 12:01 AM screenings of movies. It seems like Iron Man 3 is going to be the last film getting this treatment and they went all out, enlisting popular artist JOCK to just go nuts with designs. While this:

is the chosen poster, I would be just delighted with any of these excellent JOCK efforts. Honestly though, I think I’d be most happy with the one all the way at the bottom.  Click to embiggen.

See more from IMAX’s 12:01 offerings after the jump

END_OF_DOCUMENT_TOKEN_TO_BE_REPLACED

Also, if there were a number of people falling out of an airplane and, as Iron Man, you can only save four, wouldn’t the humanitarian thing be to just incinerate them? They’re going to die anyway, right, so why not alleviate their terror and pain with your palms that emit disintegration beams? Anything else is just cruel.

The most interesting part of this new trailer (outside of shirtless Gwyneth Paltrow mrowr) is the glimpse of what looks to be every flavor of Iron Man armor being brought to bear (including, *gasp* some Hulk-buster armor) on…well, I don’t know exactly but I’m sure it’s some sort of fiendish Mandarin devilment. Here’s hoping they break out the new Marvel Now not-really-Extremis armor.

And lest we forget who the real loser is here: 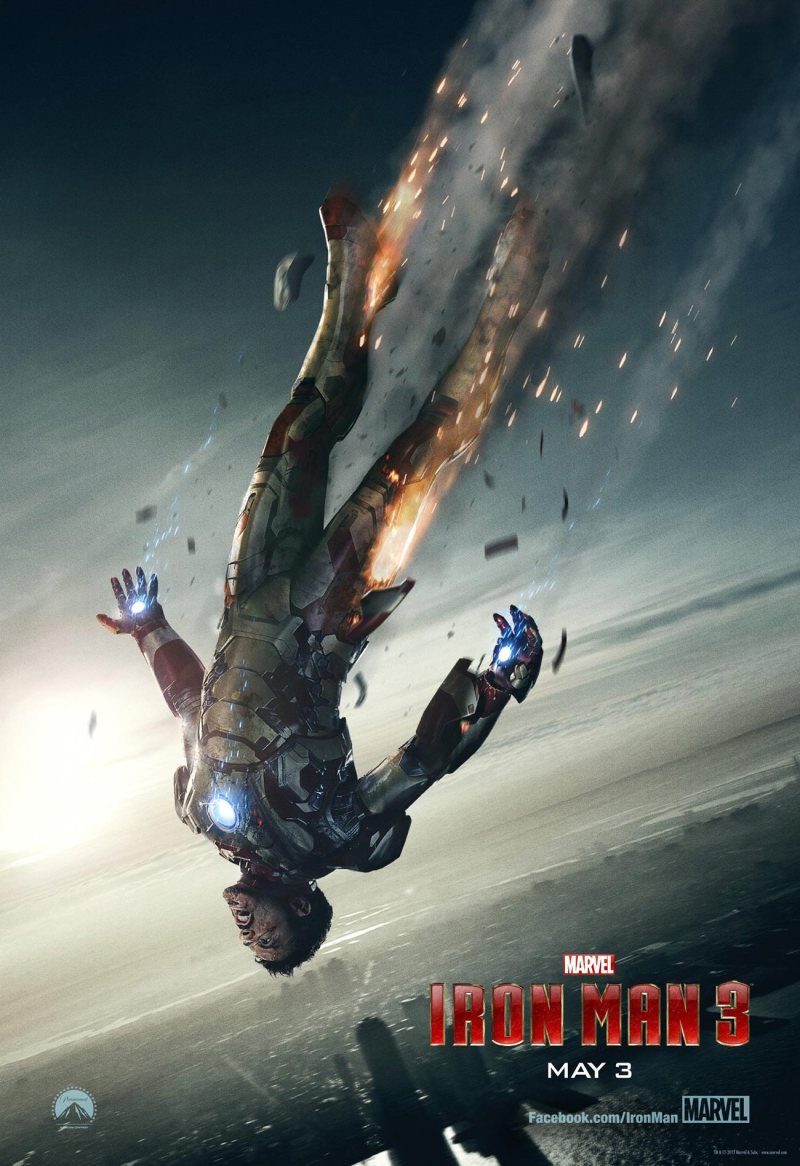 I think FilmDrunk called this the “Angry Upside Down Jesus”. I’ll definitely go see this, but I’m not super excited about it. The trailer was too much Transformers-esque blur and squealing metal and jump-cuts.

First shot (from EW) of Ben Kingsley’s Mandarin from Iron Man 3. After the jump, some photos of the Mandarin from comics. Thoughts? END_OF_DOCUMENT_TOKEN_TO_BE_REPLACED

Marvel’s just unveiled the armor to be used in Iron Man 3.  I think it’s supposed to be based on the current Extremis/Stark Resilient/Bleeding Edge armor.  What do you think?  Take the poll, after the third pic!! P.S. The latest run of The Invincible Iron Man starting from issue 500 is actually pretty rad.