Like smashing zombies?
How about tons of fetch quests?
Dead Island’s for you!

(ed.note: Believe it or not, impervious rex is an award winning* haiku writer under his previous nom-de-plume Savage6000. Seriously. I don’t understand it either. )

Most games I’m sold on before I even pop them in the console; even if I’m on the fence about something, I’ll generally come around in the first few hours. I’m 10-12 hours deep into Dishonored at this point and it’s yet to elicit the “man, I can’t wait to play this game” feeling that I usually do get with a new game. Especially one that’s on almost everyone’s year-end Best Of lists. Another issue I havewith the game, which isn’t even Dishonored’s fault, is that I can’t shake the feeling that if this is what Bioshock Infinite will be like, except far superior.  So if a vastly superior version of a game I’m currently playing and not terribly invested in is coming out in two months, it doesn’t make any sense for me to continue playing the  inferior version.  It’s not like I don’t have other games to play; which of course brings me to Dead Island.

This game has barely been on my radar; I’d heard some rumblings when it came out, about how it’s Fallout-with-zombies (there were zombies in Fallout and they were fucking terrifying) but I’d also heard it was incredibly broken. Unplayably broken. But viciouspjurahead swears up and down that it’s now fixed and incredibly fun (ed.note: viciouspjurahead does not own this game nor has he ever played it.).

I really needed the flimsiest of  excuses to stop playing Dishonored and a fixed open world item collecting/zombie killing game sounds like the best kind of flimsy excuse.  MSSRS. Hall & Oates want to chime in on this whole thing as well:

For those that have been paying attention and are saying “HEY! What happened to your plan to play Far Cry 3 next?!” to you I say “FIE”! Also, I’m getting to it. I’ll do you a deal: send me a copy of Far Cry 3 for PS3 and I’ll bump it up in the queue.

This may be a case of drastically burying the lede, but I think what’s really going on here is that as I’ve gotten older, all I really want is derivatives of things I’ve already played & enjoyed. If you look at my game library, it’s mostly comprised of sequels and sequels-of-sequels. You can make the argument that maybe I should get away from a console lacking an indy scene. You could indict the entire video game industry for not taking a chance on new IP and instead playing it safe with yearly retreads. You could then counter that argument using Curt Schilling as the poster child for the risks of new IP. Even though I say I want new gaming experiences,my limited amount of free time almost demands the comfort of something I’ve played before. I don’t know; maybe I’m just a really bad impulse shopper. Interesting to think about, regardless.  Ok, enough prattling! It’s time for some straight up zombie murder. Though you can’t really kill something that’s already dead. So, howzabout: it’s time for some straight up zombie-dismemberment-until-they-stop-moving! Eh, not as catchy.

FUN FACT:  If you google the phrase “i’m a zombie and i’m an asshole” this is the first image that Google returns: 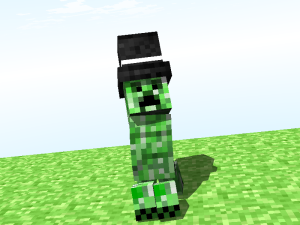