Valiant takes on gaming en route to The Harbinger Wars

My ardor for Valiant Comics, whose virtues I couldn’t stop extolling last summer, have cooled. Yes, a sad affair. Maybe what we need to spice up our relationship again is a war. A good ol’ fashioned HARBINGER WAR.

Which, incidentally, Valiant is bringing to everyone starting in April. It looks to be Valiant’s first company wide crossover since re-launching the line last year. To help celebrate and get the word out, Valiant is going the 8-bit nostalgia route (via artist Matthew Waite) with all of its April covers (see below) and releasing a game called “Harbinger Wars: Battle For Los Angeles” (ed. note: Wasn’t that a Rage Against the Machine album?) game for both Android and iOS. Here is where I would link to it so you could check it out but apparently it hasn’t been released yet. SLACKERS. 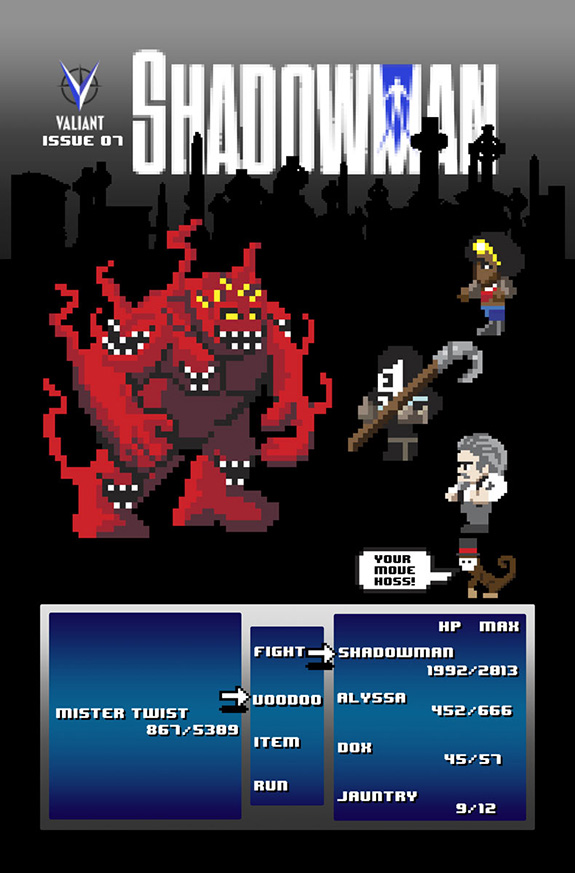 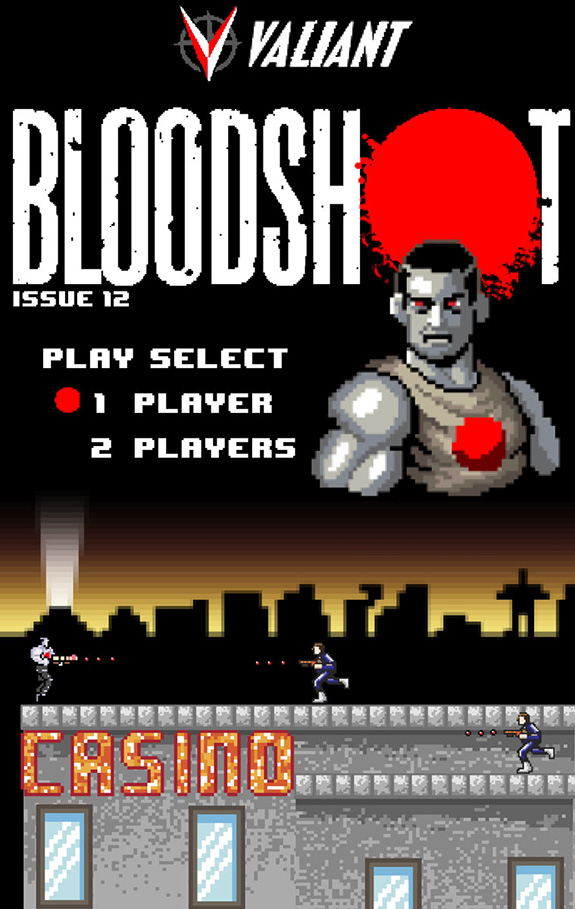 After the jump, read the official solicitation for Harbinger Wars, your very own checklist and a screenshot from the upcoming game. If that’s your kind of thing but c’mon, we all know it is. END_OF_DOCUMENT_TOKEN_TO_BE_REPLACED

This Week’s Comics Haul: Not So Many Comics, But At Least Now I Can Buy Lunch

– I’m only buying Uncanny Avengers because up until I have it in my hands, I refuse to believe this is an actual book and that’s its actual cover.

– Archer & Armstrong continues to be an incredibly fun read.

– Guess who’s back? Back again? Joker’s back. Tell Batman. (Remember when Eminiem was a cultural force?)

Funny story: I was in the Baltimore/Annapolis area last weekend and while there I drank way more than was healthy or even called for (hubcap sized margarita, for starters), ate a gross but delicious conglomeration of food called crab nachos, and found a stupendous comic book store in Annapolis called Capital Comics.  If you’re in the area, I urge you to visit.  Great staff, great selection, plus there’s a dog.

While at Capital I discovered that I was missing the Baltimore Comic-Con by a week; namely, it’s this weekend.  Right now.  Oh, hamburgers.  No worries, as someone else went and posted a transcript & preview art from the Valiant Comics panel! Now, it’s no secret that I’ve been completely on board with this new Valiant launch (mostly to see if they make any allusions to Deathmate) and I hope I’ve been able to drag a few along with me.  Either way check out the recap of the panel over at Comic Book Resources but stay here at Modern Borefare for soothing words & HARD HITTING VALIANT ACTION. 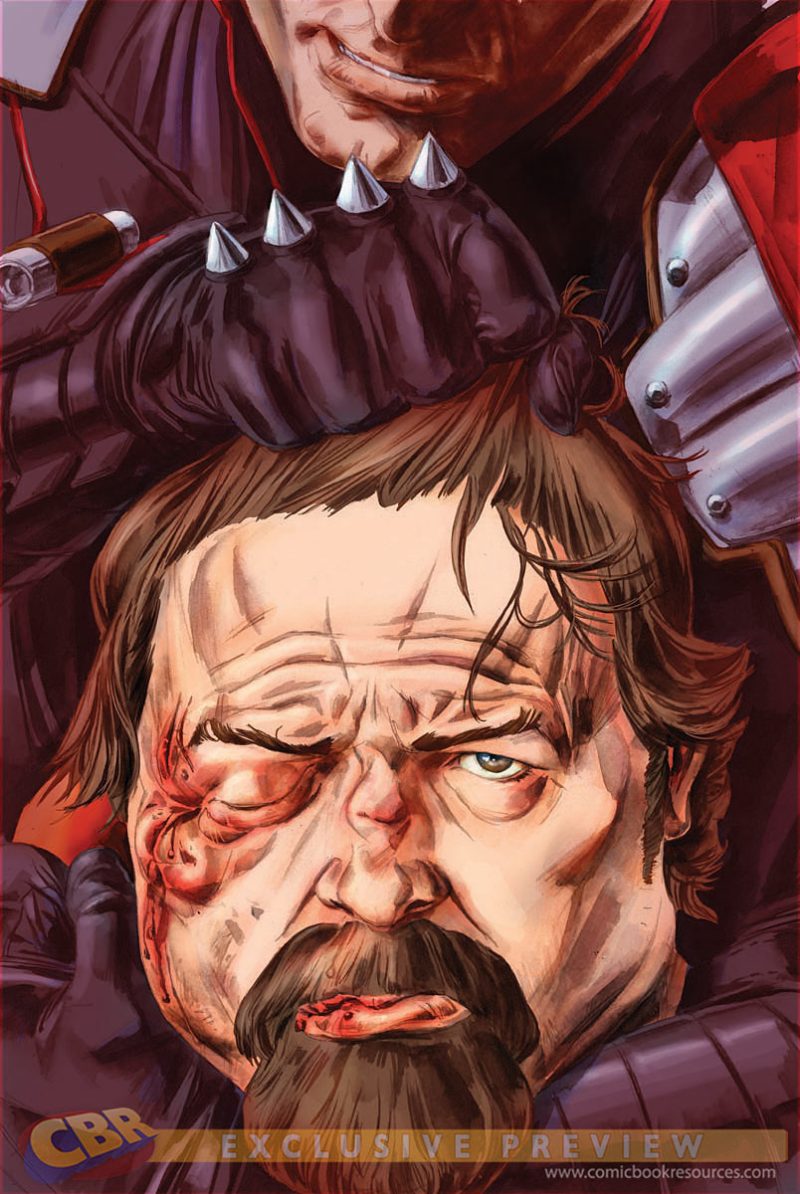 This Week’s Haul: I Need a Saga! What’s the Saga?

This week’s releases solidifies my hypocrisy: I will bitch endlessly about these DC zero issues even as I’m walking out of the store with them. But as much as I hate that about myself, I love the Defenders, the current direction of Iron Man and everything that Valiant puts out. So it’s a trade off then. Of course, I could always just not buy the things I don’t want. Preposterous idea, I know. 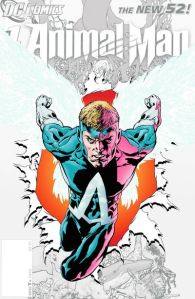 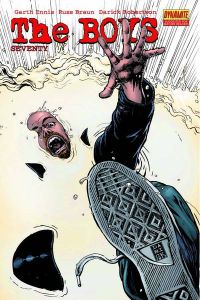 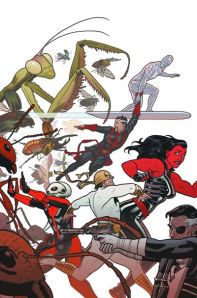 Before Watchmen – Ozymandias 02 – At what looks like the 25% mark for this entire Before Watchmen event, Ozymandias seems to be the best book of the bunch. The gorgeous artwork from Jae Lee certainly doesn’t hurt; check out the scene below for the proof.

As Ozy’s backstory continues to be explained, the issue ends with Adrian’s first encounter with The Comedian. The Comedian, who to this day bothers me. I know he’s supposed to represent a real world, grim n’ gritty war hero and that’s fine. But the unexplainable costume (no consistency as to when he’s in it and when he’s not) and the gigantic plot hole regarding his identity (why do some people seem to know who he is, whether in or out of costume while others have no idea?). Also, he’s just machine-gunning criminals? If this is supposed to be “super heroes in the real world” I would think the authorities would have problems with that. And quicker than you can say “glowing blue dong” yes, I know, Dr. Manhattan etc etc. I didn’t see it WAS the real world, just more real-world-esque than say a DC or Marvel. SO. Back to where we were…at this juncture I’d say, in order of “is it worth reading or not” I’d say that it goes Ozymandias, Silk Spectre, The Comedian, The Minutemen, Nite-Owl.

Gambit 01 – Even more embarrassing than buying this book is admitting that I liked it. It’s less super-hero-y (or as Gambit himself says, less “tights & fights”) and more chaotic-good, criminal/thief oriented. Which I’m all for; if I want spandex and face punching I’ll read AvX. I can see this having an fairly solid initial run of 6-8 issues before it falls off the rails completely & then it’s just playing cards, trench coats & mon ami’s from then on out. But I’ll read a few issues of Gambit breaking into the Long Island homes of super-villain artifact hoarders, like so:

Archer & Armstrong 01 -BOOM Valiant nails it again. Where are they getting these people from? These books are so good. This might actually be the best book of the four released during the “Summer of Valiant” ramp-up. There was a sly call-out to Gilead, The Eternal Warrior (one of Armstrong’s equally-immortal brothers); who was the third? I can’t remember; was his name the Eternal Enemy or something? After opening with some biblical-annihilation shenanigans, the book picks up at the creation museum (?!) where Archer was raised, which features Darwin the Chimp, star of the “Junk Science Follies”. It turns out that Archer is a brain-washed religious extremist & martial artist of the highest caliber. Good combination. Moving ahead, Archer is NYC bound, where he nails what Manhattan is all about:

Then like any young man who finds himself in NYC for the first time, he ends up at Hogs & Heifers in the Meatpacking District (first bar I went to in NYC too) where he quickly meets Armstrong, the poet-bouncer. Archer thinks that Armstrong is the Anti-Christ and promises to kill him but in short order finds both of them taken prisoner. The mystical device Archer used to find Armstrong is taken and the book ends on an interesting twist. I’m definitely down for a martial arts buddy comic and you should be too.

Defenders 09 – Right, so this came out last week and while I was writing this post I just saw that Defenders just got cancelled. BOOOOOOOOOOOOOOOOOOOOOOOOOOOOOOO(deep breath)OOOOOOOOOOOOOOOOOOOOOOOOOOOOOOOOOO. So upsetting; they better finish this arc off. It’s a bit of a moot point now, but you should really go seek out this book & it’s back issues. It’s funny, clever, weird, the arts great, the writing is super strong, what more could you want? The Silver Surfer has Aspberger’s, She-Hulk has a big ass sword, Namor is a dick, Iron Fist is Iron Fist…and the most intriguing thing about this book is the little phrases and slugs that accompany almost every page. Sometime it’s a blurb for another book, other times it’s oddly dire prophecy like “The Universe Will Break” or “Everyone You Love, Dies”. By itself, whatever. But knowing, somehow, all of these weird phrases and tid-bits are going to (hopefully) tie-in and then pay-off is awesome. I would say I can’t wait for that to happen but I doubt it will now and if it does, it’ll probably be rushed. Drag. This Week’s Comic’s Haul: What I’ve Got

Is it just me or…is this a pretty weak week for comics? Also, yes, I’m going to get Gambit. Don’t judge me. I fully expect either Ozymandia or Archer & Armstrong be the best books of this very, very skimpy week.

This is what happens when you slack off; you have to combine two posts into one.  NOW YOU KNOW.  Let’s get to it:

Animal Man #10 – The exceptional run continues.  Buddy Baker’s wife continues to ignore good advice, his son with the exceptional mullets meets someone unexpected, flying dogs to the rescue and Buddy finding out what’s in store for him…good issue.

Avengers vs. X-Men #05 – GAH.  My brain…definite points for coming up with an ending I did not see coming.  Whether that ending is any good…I’ll discuss further in the comments to keep this as spoiler free as possible.

Before Watchmen: The Minutemen #01 – So torn on buying this book but in the end, what are you going to do? Not buy it?  It’s Watchmen, for chrissake.  Even if it is a complete and utter train wreck.  But you know? I didn’t hate this issue.  There were some interesting allusions made, some tentative groundwork laid.  HOWEVER. Was Watchmen so successful due in some part to the fact that you didn’t have the complete story?  That even after 12 issues, you had to drawn your own conclusions?    Whatever this series becomes (I’m talking about the entire Before Watchmen plan DC’s got) I’m hoping it doesn’t trample upon the original too much.  I’ll definitely be reading the original 12 after these all wrap up.

Detective Comics #10 – Seemed like a placeholder title, honestly.  I’ll give it until #12 before I decide whether to continue reading or not. The villain had a cool design at least.

Harbinger #01 – YES. SO AWESOME.  I have zero idea how old you are or how long you’ve read comics, but I first became aware of Valiant Comics through my local comic shop & Wizard back when I was still buying every shit derivative Blood/Fire/Death/Hell/Stryke book Image was putting out.  By then it was too late; the early books were way too scarce and way too expensive for someone with a 20 hour a week minimum wage job to pick up.  But the sense that these were somehow different and better  definitely permeated the first few years of Valiant, before they expanded their line, got caught up in the creative and production death spiral that was Deathmate (look it up), started pumping out double chromium covers on everything and eventually got bought by Acclaim before finally dying an ugly death.  WELL.  Now it’s back and back to basics and it F’N RULES.  Buy this.  X-O Manowar too.  So excited to see where these go from here.  Toyo Harada is a bad mutha.

Swamp Thing #10 – This also had the feel of a tweener issue. The artist also swapped out for the book, so that was a bit disconcerting.  I’m intrigued by Anton Arcade though.  Seeing as how he killed Swamp Thing and all this…

Ultimate Comics Spider-Man #11 – Like Phil Collins said, I don’t care anymore.  Sorry Miles, I’ve been with you for 11 issues and I’m getting your book out of habit more than anything else.  Time to break on out of here.

Uncanny X-Men #13 – I think Marvel wants me to stop giving them my money.  At least for X titles.  Storm narrating how her husband The Black Panther beat the shit out of her? “He eventually got his K.O.”? Is this a video game? Then Rulk snapping Psylocke’s arm via joint manipulation?  LIKE HE WOULDN’T HAVE JUST TORN IT OFF AND BEAT HER TO DEATH WITH IT.  GTFO.  Then some story about some X third stringers I don’t care about.  Then a last page appearance by Super Slut Force. (See comments as I don’t want to give any spoilers here).

XO Manowar #02 – Can I just read this every week? So awesome. In case I didn’t say it strongly enough earlier, you should really be reading these Valiant books.  Especially with Bloodshot and Archer & Armstrong on the way.