CoD: Ghosts is Now Officially in the Building

Cool, Music, With a Jolt My Mind Awakens

With a Jolt, My Mind Awakens….Special Edition: The Week the Music (and Jack Tripper) Died…

In a previous post, I talked about my musical “Supergroup”: Roky Erickson, Tom Waits, Mike Patton, Daniel Johnston, and the Ghosts of Warren Zevon & Johnny Cash. The Werewolf of London and the Man in Black passed away five days apart a decade ago, WZ on September 7 and JC on September 12. To say these fellas have kept me movin’ along through the years would be a gross understatement – they’ve been the guiding light/comfort of darkness for ol’ Kentucky Jay in his misanthropic evolution. I can’t provide any accolades that have not already been poured upon these gentlemen, but to these outlaws, I will offer humble gratitude and appreciation. I do hope that someday we will have a good laugh together that will shake the afterlife something silly…

Warren Zevon was a wry, malcontented, and deeply sentimental cat whose sardonicism strummed his chords. I present this folksy fable of flash fiction as tribute, penned by ol’ Kentucky Jay:

‘This is really fucked up’, Ronald thought.
“A cancerous caterpillar,” the doctor said, “wrapped around your stomach. Been growing and feasting for years. Something you ate as a kid? Spoiled meat? A bad stick of licorice?”
Roland folded his arms against his stomach, pressing hard, trying to feel the creature. ‘How the heck could he be so calm? A caterpillar? When did my insides become an all-night diner for some sort of alien caterpillar?’ Roland rubbed his abdomen, wanting to tear into his skin and squash this Lethal Lepidoptera between his fingertips.
“Well, it explains the stomach pains, that’s for sure,” said the doctor, tapping his finger on his nose. “You’re medical history, Mr. Thompson. No more moshpits for you, young man!” The doctor’s levity was cold and further sickened Roland, a cheap joke like a dodgeball to the gut…which the caterpillar would likely have enjoyed. Sadist.
“I’ll tell what’s funny, they don’t eat meat. No, I read that on Wikipedia…”
‘You read that on what?’
The doctor went on to tell Roland the usual rhetoric associated with the diagnosis: a couple of months, get your life in order, take those vacation days at work, call me if I can do anything for you, slap on the back, skedaddle.
Roland had barely the strength to walk to the elevator from the doctor’s office. Naturally, he evaluated his entire thirty-three-year existence while waiting for the elevator’s arrival. Naturally, this didn’t mean a thing to the caterpillar.
“Wait! Roland!” The doctor jogged towards him. “Oh, boy, you almost left without your button!” He slapped a button into Roland’s right hand and jogged back to his office. “Remember, don’t hesitate to call me! Aruba! It’s lookin’ good right now!”
Roland looked at the button in his hand, a sharp metallic pin on the back that gently stuck to his palm. A black-and-white picture of an eyebrow-raised Warren Zevon, with these words written in red Times New Roman:
‘MY MUSIC’S ALL YOU’VE GOT LEFT.’
Roland placed the button in this shirt pocket, thinking,
‘This is really fucked up.’

To me, every performance of Johnny Cash is pacifying. He, too, reveled in his droll, aslant jocularity with a hint of shade; I haven’t crafted a Johnny Cash story to my satisfaction, so I simply present a performance that remains memorably off-beat:

Meanwhile, on September 11, John Ritter died from an aortic dissection caused by an undiagnosed thoracic aortic aneurysm, tragically misdiagnosed as a heart attack. I loved everything this guy did, from “Three’s Company” to “Hooperman”, “Hearts Afire” to “8 Simple Rules…”, “Stephen King’s IT” to “Problem Child” (yes, I endorse his participation in that movie and its yak-attacky sequel!) Hey, let’s trip over the sofa together, hmm?

Meanwhile, Rock ‘n Roll is hushed by the passing of Keith Moon, 35 years ago on September 7:

September 7 also marks the fiftieth birthday of a poet who left us before the party kicked into overdrive:

Man-o-Manischewitz these are excellent. I too spent large chunks of my youth obsessing over grunge & Street Fighter (generally way more interesting topics that whatever it was I was generally doing at the time aka school/religion/other people talking).  I also learned that the most dangerous person in the arcade is the person who has no idea what they are doing. Death to button mashers!
Related but: I can’t believe SFII  was never released for the OG Game Boy. It would have been TERRIBLE and I would have cherished it forever.

From the artist himself:

As a teenager in the early 90’s I was exposed to a lot of the aggression coming from the distorted guitars, growling vocals and angst-filled lyrics of the grunge movement, emerging to shake things up in the music scene from that time.
Meanwhile the gaming scenario was dominated by the cuteness of Super Mario until the arrival of Street Fighter – players turned head-to-head combat into the primary game mode, only to be smashed by a Lightning Kick, a Sonic Boom, a Tiger Uppercut or the popular Hadouken.
This is a collection of pieces combining the two universes – under the concept the devastating special attack combos were as aggressive and mind-boggling as grunge’s powerful and heavily distorted guitar riffs.

I don’t know how this guy keeps knocking out such cool new interpretations of some of our favorite things. I assume sorcery. Whatever the case may be, I hope he never stops. Another case in a long line of examples of super cool pop art to start your Tuesday off with. See more of the Butcher’s work at his Behance site or at various places on Modern Borefare.

Cool, Music, With a Jolt My Mind Awakens

With a Jolt, My Mind Awakens….SUPERULTRAMEGADRAGONPIZZABEATDOWN SPECIAL EDITION: 1,000 Songs You Must Hear Before You Eat That Sandwich, Download That Clutch Album, Bet on That Bellator Fight, Finish That Sudoku, Pay That Turnpike Toll, Text That Cute Guy/Girl You Met at Pizzeria Uno, and Facebook Your Discontent Re: The Last Episode of “The Walking Dead”…

The project has concluded. It’s another “1,000 Songs…” list, straight from Ol’ Kentucky Jay’s audio receptors in his orbiting satellite above Earth — How far can music move you? What course of discovery shall be paved via a pleasurable tune? Is there a happy, little ditty that will guide you to your Ultimate Happiness? I hope you will find a song or seventeen on this list to add to your playlist/artillery/repertoire as you meander through existence. Put on your headphones and get your downloadin’ thumbs a-ready…outerspaceundergroundcrunchysoundGO!

The epic journey continues after the jump! END_OF_DOCUMENT_TOKEN_TO_BE_REPLACED

Time to Risky Business It Up

Rick Ross’ “100 Black Coffins” from the Django Unchained soundtrack has me champing at the bit to catch up on Rozay’s back catalogue and with my parents out-of-town this weekend, now’s the perfect time to crank up the hi-fi and slide around on our waxed wooden floors whilst wearing a pink shirt and my Spider-Man Underoos.  That’s an open invitation, ladies.

Color me uninformed but apparently 90-year-old Christopher Lee, Saruman the White himself, has been doing vocals for a questionable heavy metal/fantasy rock project for a while.  I took a gander at a music video for that insanity and, hoo boy, pour yourself a drink and enjoy. It’s like that time your D&D group formed a metal band, stole your dad’s camcorder and spent the afternoon waving swords in front of a green screen. But only if you played D&D with Christopher Lee.

That stuff is cable access madness, but the Christmas tunes have a decidedly more listenable quality. So why not liven up your holiday party with some classic carols, sung by this man? It’s a conversation starter.

You should definitely be following dude over at beHance. 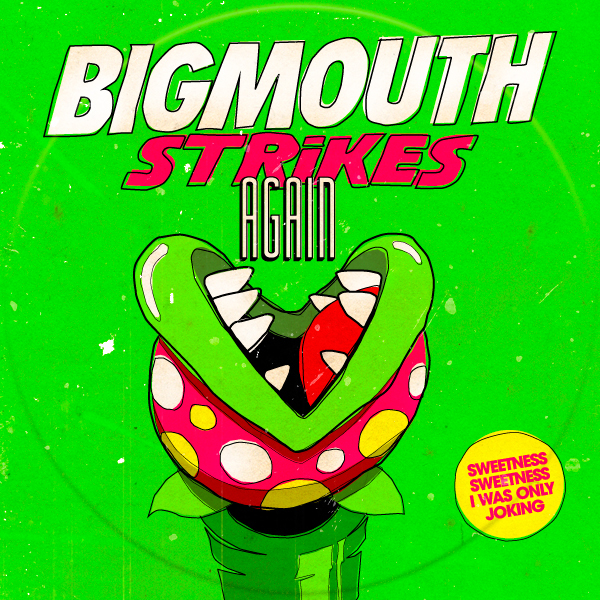 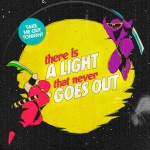 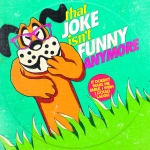 A supercut of video games and the songs they were sampled in. Quick, someone make me a Spotify playlist & share it in the comments! +7 internets for the first person to do it, so time is of the essence.