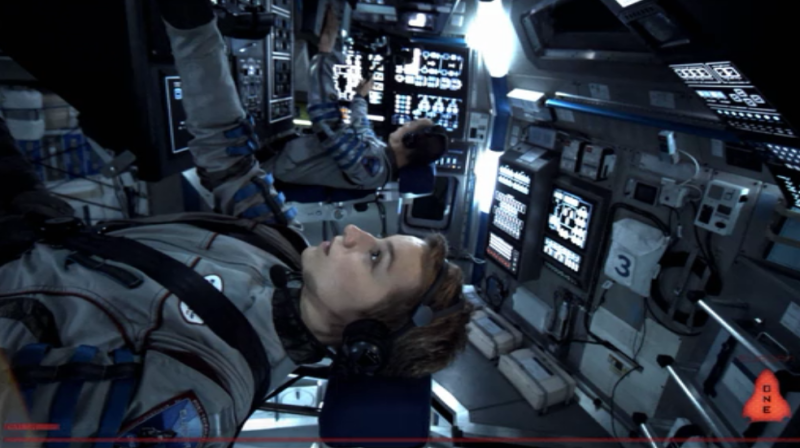 Welcome to Friday Night Flix, where there’s never a need to leave the couch or put on pants. Each week I’ll recommend an under-the-radar movie currently available on one or more of the major streaming platforms. They won’t all be classics, but every selection is guaranteed to be 100% watchable or your money back.

Wow, two A+ movies in a row. This is officially a streak. This week I’m cheating a little (DIRTY) and recommending Europa Report (Netflix, $3.99 Amazon), which actually got a fair amount of buzz when it came out earlier this year. It’s therefore a little unfair to label it under-the-radar. It did not, however, get a wide theatrical release so I call it fair game. And regardless, it’s simply too good to miss.

Did you happen to catch Apollo 18? Europa Report is a lot like that movie except infinitely better. Both are done in the found footage style, though, in the case of Europa Report, I was somehow not overwhelmed by the primal need to shoot my TV with hollowpoints. The found footage is perfectly justifiable here since modern space missions do indeed record and beam back constant data feeds from numerous cameras and sensors.  Apollo 18, on the other hand, was ludicrously set in the 70s. It’s hard to imagine a rocket getting off the ground if it had to carry enough equipment and film stock to allow for continuous recording from multiple cameras, with audio, for days on end.

Style and filming conventions aside, Europa Report is smart, believable and dramatic with no hollywood bravado. It’s devoid of music and the sparse, tasteful digital effects are saved for when they really count. This is a hard science fiction movie that gets right to the point, wasting no time on those all-too-common scenes of pre-disaster revelry, which most space calamity movies use to get us care about (presumably) doomed characters. As a result, an amazing thing happens: even without being told who these characters are and why we should care about them, we do. Our imaginations fill in the gaps in their personalities and backstories and, when hardship does befall the crew, it’s no less horrifying for it. Terrible things happen in this movie, but they happen quietly and with little fanfare, the sorrow and sense of loss made all the more tangible by the lack of the usual trappings of Tragedy. Like the terror itself was sucked out into the silence of space without so much as a whisper to mark its passing.

Added bonus: One of the strongest features of Europa Report is its ability to generate expectations and confound them. How many space mission movies have we seen in which a key asset, either a crew member or a piece of advanced equipment, goes somehow “bad”?  There’s almost always someone on board who starts off merely cocky or annoying but ultimately becomes unstable, or gets infected or taken over or something. Or there’s an advanced computer that becomes sentient and decides to fuck everyone up for no reason. 2001 had HAL, Armageddon had Steve Buscemi, Red Planet had that robot cat thing, Sunshine (a movie Europa Report owes a lot to) had…whoever that guy was…and the list goes on. Europa Report knows this. The director teases us early on by interjecting non-chronological voice over and video segments to make it seem like the cause of whatever catastrophe we’re about to witness is psychological or at least the result of internal forces. Suffice to say, what takes place afterward does not bear this out. 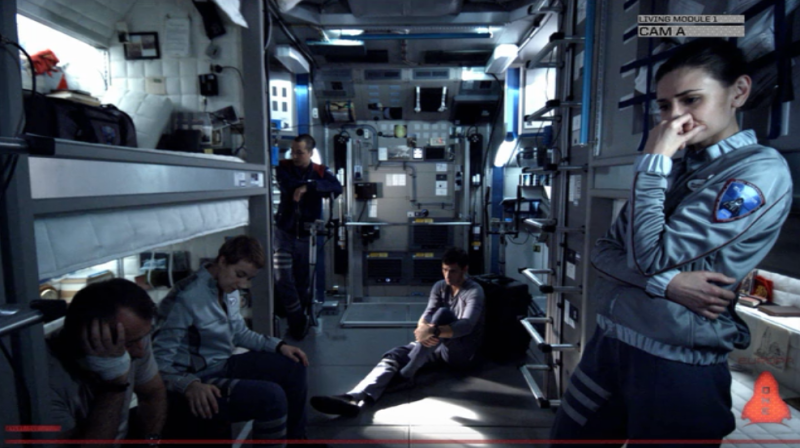