This is it folks; the big one. No, not the apocarkalypse; no, the final day of New York Comic Con ’13 and I’m going to let you in on a little secret: Sunday may just be the second best day. While Thursday is best because you get all of the show with about half of the audience, Sunday also nets you smaller crowds along with the added benefit of people selling EVERYTHING at a discount so they don’t have to pack it up n’ move it. I picked up three t-shirts and four original pieces of art for about $60!  Check out the following, ’cause they have cool shit for sale:

– Abandon Ship Apparel (straight from Glasgow! The one in Scotland!)

– Drew Morrison – Fine art for an even finer price

– Bots n’ Babes – With Rawrs AWOL, I want to give all of my t-shirt monies to this guy.

So while this wasn’t the best NYCC in recent history (that would go to NYCC ’11, what with its free beer & free iPads), it definitely got better as the weekend progressed.  PLUS, while the impetus for the whole trip out for day 4 (scoring something for my old man’s 60th birthday) didn’t exactly work out according to plan (how saw them selling out of the Fidel Castro action figure ?!) I did score a couple cool things I think he’ll dig.  Or won’t. Who can even tell with presents?

I like that he’s holding a tiny scorpion, just in case you don’t get exactly who he is. 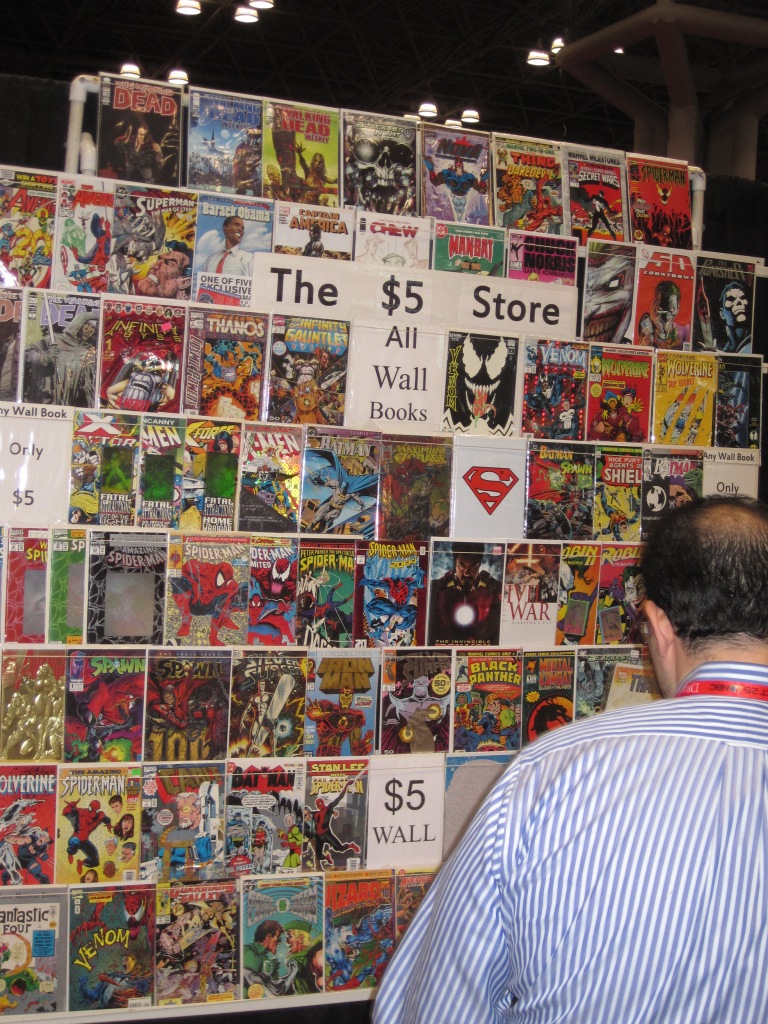 This just proves that none of my comics are worth anything.

SO MANY MORE after the jump, you’ll just have to click and see.

END_OF_DOCUMENT_TOKEN_TO_BE_REPLACED

With a Jolt, My Mind Awakens…Chapter Sixty-Eight: I Like My Beetles to Be the Same Color as My Devils…

Today’s artist spotlight shines on Paris Cullins, best known for his work on DC Comic titles ‘Blue Devil’ and ‘Blue Beetle’ during the 1980s. Color me dense, but I never took a look at the guy until today: 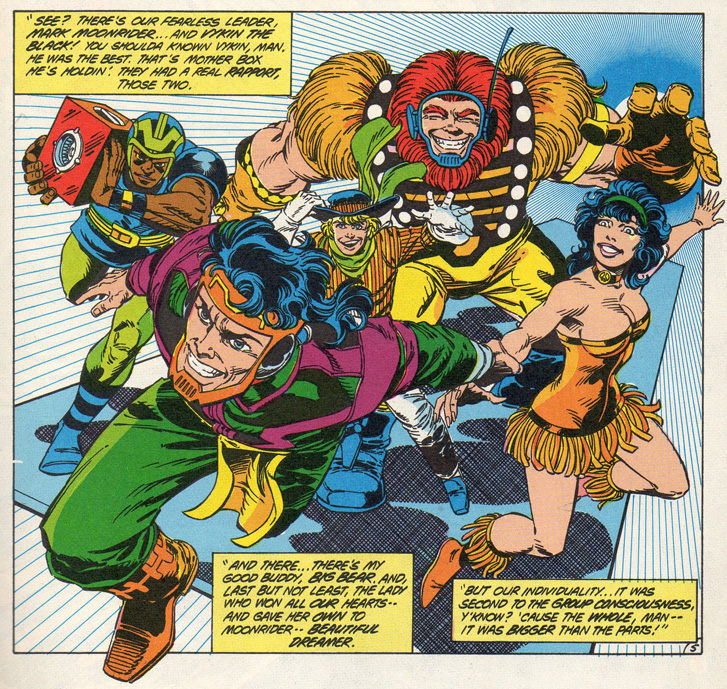 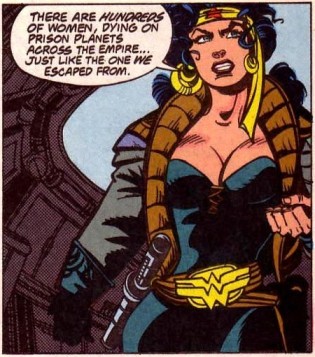 A random note/offer of condolences to Jerry O’Connell (Mr. Rebecca Romijn/JLU’s Captain Marvel), whose latest venture into TV Comedy, “We Are Men”, was just axed by CBS after two lackluster airings. Death, Thy Name Be the 8:30 PM Monday Time Slot. O’Connell’s rackin’ up the TV gravestones like a Theta Chi brother collates his bottles of Coors on his mantle. It’s the Urich-Slater Syndrome…ah, but that’s a story for another post…

Day three of Comic Con: hey, do you like being jammed into tight spaces, jostled from all sides, unable to reach any of the booths you came to see? Then you’ll love Comic Con on a Saturday. Luckily, I was just there to meet up with some people and then go drinking. Still got roughly an hour on the main floor before I fled in terror to Artists Alley, where I became a proud winner of the 8-Bit Challenge. Too late, I found two awesome things I wanted to buy: a Marvel Zombies Magneto mini-bust and an Infinity Gauntlet bottle opener. Sadly, I got neither.

But I did get shots of more excellent cosplay; check ’em out! Also…I may make it a four day affair; I need to buy a present for my Dad’s 60th birthday and I have to imagine the best place to find a weird gift for a 60 year old man HAS to be Comic Con.  But ugh…on the last day? This is going to be a nightmare. I must steel myself for Close Quarter Combat. BEHOLD: my Comic Con Suit! 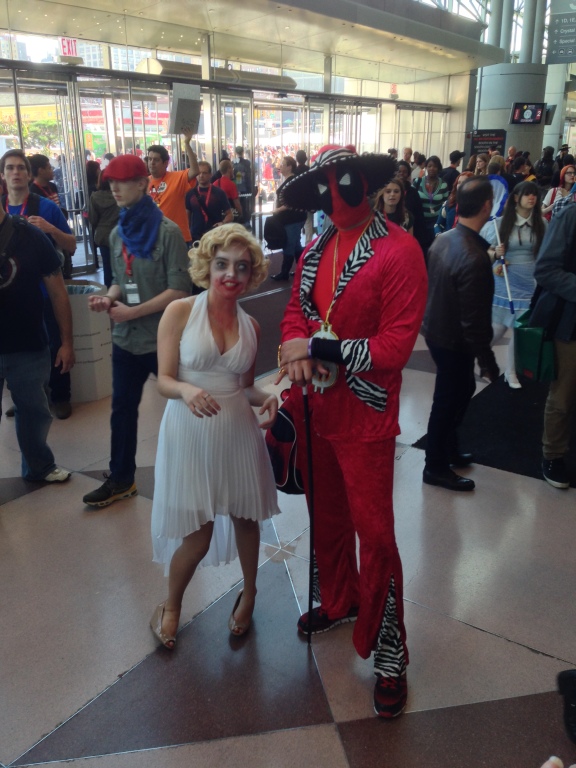 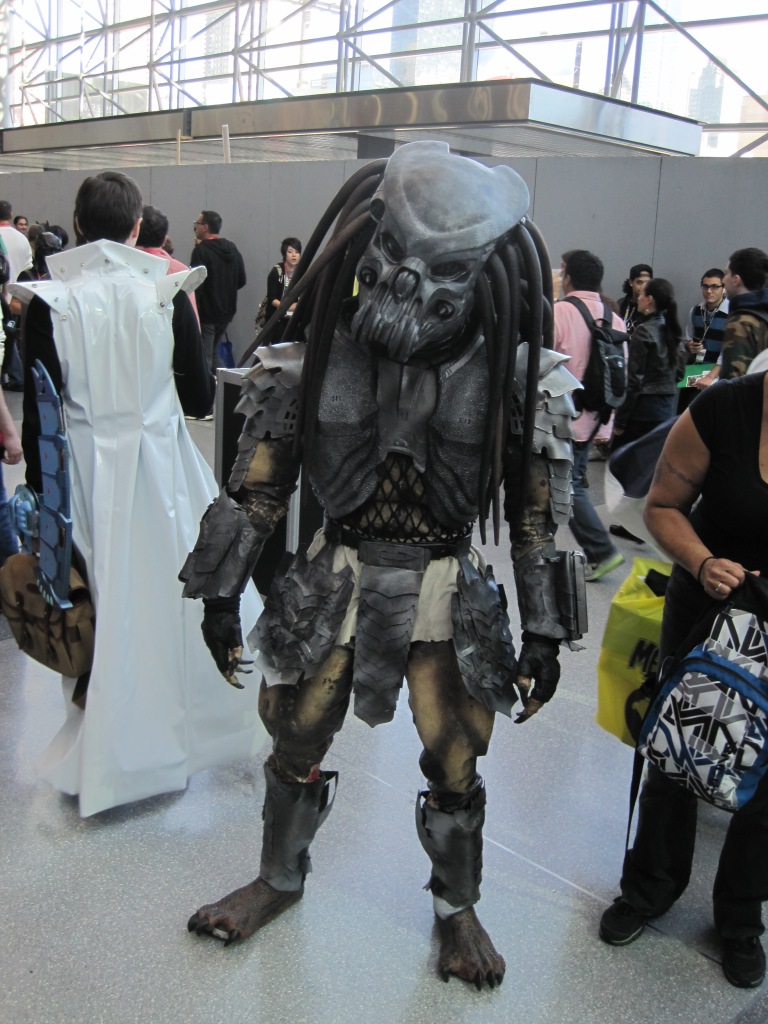 As always, more after the jump: END_OF_DOCUMENT_TOKEN_TO_BE_REPLACED