Man-o-Manischewitz these are excellent. I too spent large chunks of my youth obsessing over grunge & Street Fighter (generally way more interesting topics that whatever it was I was generally doing at the time aka school/religion/other people talking).  I also learned that the most dangerous person in the arcade is the person who has no idea what they are doing. Death to button mashers!
Related but: I can’t believe SFII  was never released for the OG Game Boy. It would have been TERRIBLE and I would have cherished it forever.

From the artist himself:

As a teenager in the early 90’s I was exposed to a lot of the aggression coming from the distorted guitars, growling vocals and angst-filled lyrics of the grunge movement, emerging to shake things up in the music scene from that time.
Meanwhile the gaming scenario was dominated by the cuteness of Super Mario until the arrival of Street Fighter – players turned head-to-head combat into the primary game mode, only to be smashed by a Lightning Kick, a Sonic Boom, a Tiger Uppercut or the popular Hadouken.
This is a collection of pieces combining the two universes – under the concept the devastating special attack combos were as aggressive and mind-boggling as grunge’s powerful and heavily distorted guitar riffs. 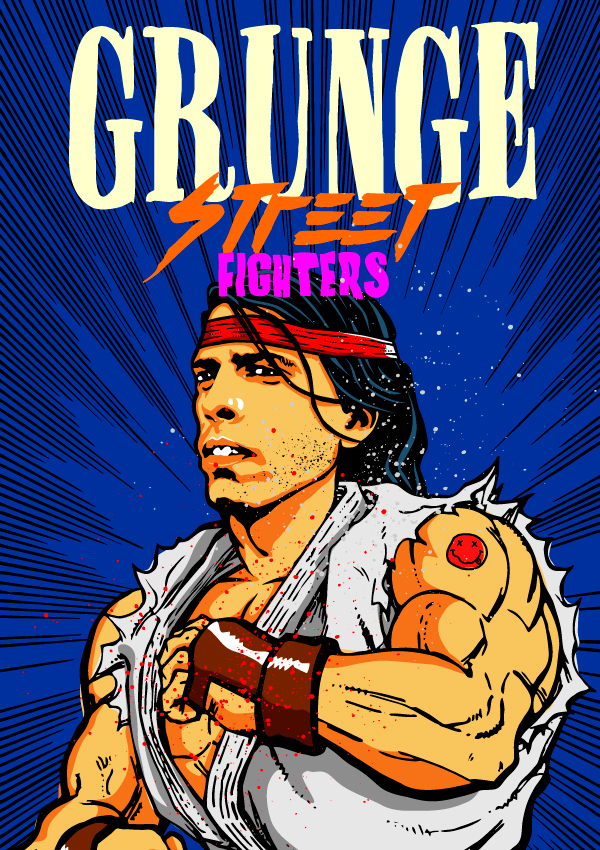 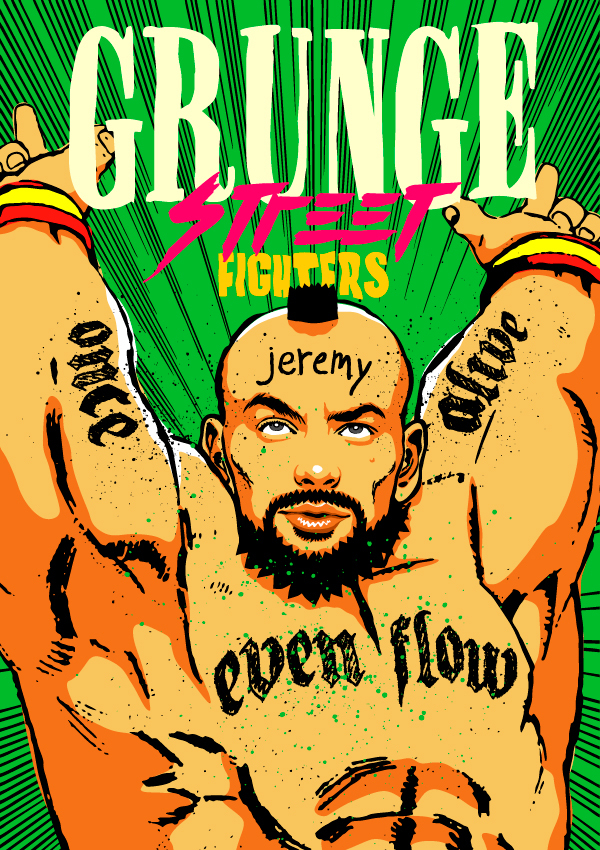 One thought on “Fancy a Butcher? Grunge Street Fighters”