I’ll Bet if Joe Biden Ever Played Ni No Kuni, He Would Dig it 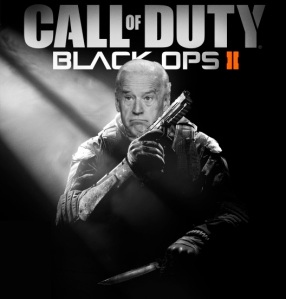 Now that Joe Biden has firmly inserted himself into the realm of video game chatter, his chatter seems to be causing a stir. According to Politico, he wants to pass a bill taxing violent video games…and he sees no legal reasons not to do so.  Now, I know I’m just a history teacher and not a hot-shot Columbia lawyer (ed.note: what is this, your “aw shucks,maybe I’m not as smart as you city folk” routine?) but if my memory serves me right, I believe there is a law that would legally not let this happen: it’s called the First Amendment.  Didn’t the Supreme Court pass a bill stating this already?

“Like the protected books, plays, and movies that preceded them, video games communicate ideas — and even social messages — through many familiar literary devices (such as characters, dialogue, plot, and music) and through features distinctive to the medium (such as the player’s interaction with the virtual world). That suffices to confer First Amendment protection.”

The notion of taxing violent video games because they “may” be corrupting America’s youth is just absurd.  Also, who is Biden, or anyone else for that matter, to consider what art is good and which isn’t? What form of art is mildly violent or so violent it’s taxable?  I don’t feel anyone has the right to impose judgement values on others, and that we, the video gamers, should be financially punished for poor judgement calls. It is not the government’s place to decide what art is good and bad, and if it is somehow deemed bad, to tax it. (Sidenote: in calling video games an art form, why are violent paintings by, such as, never under the jurisdiction of the government. Check out the Renaissance painting Judith Slaying Holofernes by one of the few female artists of the time, Artemisia Gentileschi, and try to get Biden-style on that piece of artistic culture and history.) 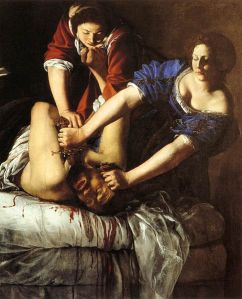 By using Call of Duty: Black Ops 2 as an example, the link between violent video games and real life violence is quite minimal.  I am not saying that there is no connection, that would be way too ignorant, but I do believe it is quite minuscule.  My girlfriend (#humblebrag) asked me once while playing Black Ops, “Is there any game that you and your friends play where you don’t kill people?”  It took me a while to answer because most of the games out there that aren’t sport games do usually involve killing. Whether it be zombies in The Walking Dead, or little furry anime creatures in Ni no Kuni: Wrath of the White Witch. (side note, FFVII lovers pick up this game) Black Ops 2 made over $1 billion dollars in the first 15 days of sales; at $60 a game that’s 16.5 million games sold.  I find it hard to believe that 16.5 million players will now become violent offenders.  If that’s the case then he also has to pass a bill taxing comic books starring the Joker.  Or video games starring the Joker.  Or any movie that has a gun in it where people die.

7 thoughts on “I’ll Bet if Joe Biden Ever Played Ni No Kuni, He Would Dig it”