Oh GAWD, another foreign film? Why didn’t anybody tell me it was festival season at Cinema Village? Mercifully this one comes from our general neighborhood, but Canada is still plenty foreign in my book. At least until we march across the border and introduce the rule of law to those bilingual luge monkeys.

I’m gonna tell you straight up, Weirdsville (free on both Netflix and Amazon Prime) isn’t the best movie I’ve ever seen, or even the best movie I saw this week. It’s not even the best streaming movie I saw this week. For that I point you to the charming if imperfect Safety Not Guaranteed. I actually would have used Safety Not Guaranteed for this week’s recommendation but it was in theaters for five months last year and did millions in gross receipts so I don’t think it counts as “under-the-radar”. If you haven’t seen it though, watch it. It’s delightful.

But fear not, Weirdsville is well worth your time, so long as you didn’t get your fill of zany, quasi-depressing, drugged out adventure comedies in the late ’90s/early ’00s. I know I didn’t. (PS – is that how you abbreviate the decade that ended three years ago? Looks like I’m writing “oos”, as in, “The crowd reacted to the new iPhone with oohs and ahhs.” That’s not what I mean. I mean the early 2000s, though writing it that way is also confusing because from a centurial standpoint we’ll be in the early 2000s until around 2030. And from a millennial perspective we’ll be stuck in the early 2000s for three hundred more years.  Fuuuuck.) 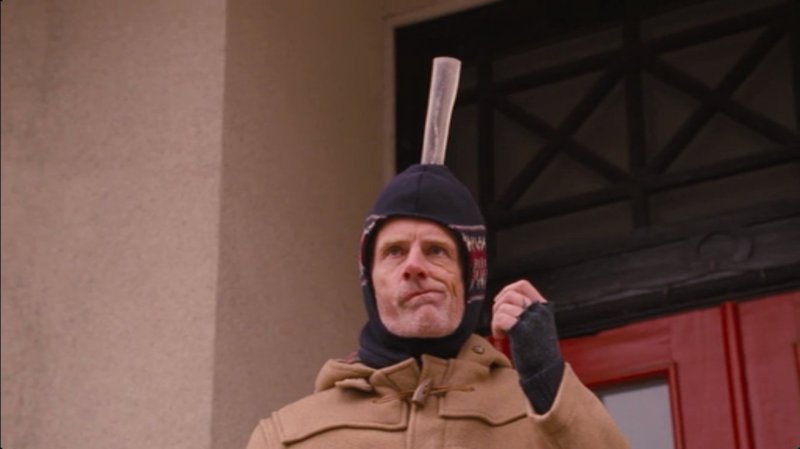 What was I talking about? Right, Weirdsville. It’s got some funny bits and great atmosphere, along with a surprisingly sharp principle cast including Taryn Manning, who has zero range but phenomenal presence, Scott Speedman, who is just so damn dreamy it hurts my eyes, MATT FREWER (I will never stop hoping for a Shaky Ground reunion. NEVER.), and Wes Somebodyorother who recently played Seneca Crane in The Hunger Games. Apparently he’s done well for himself in the five years since Weirdsville. IMDB tells me he was in eight movies in 2012 and, just two months in, he’s already worked on six films in 2013. At that pace he will have done 36 movies this year, which is pretty tricky for people who are not Roger Corman.

Added Bonus: I wonder how many of the moderately famous actors listed above signed on for Weirdsville solely because it was being directed by Allan Moyle, a/k/a the man who brought you the greatest high school pirate radio movie ever made.