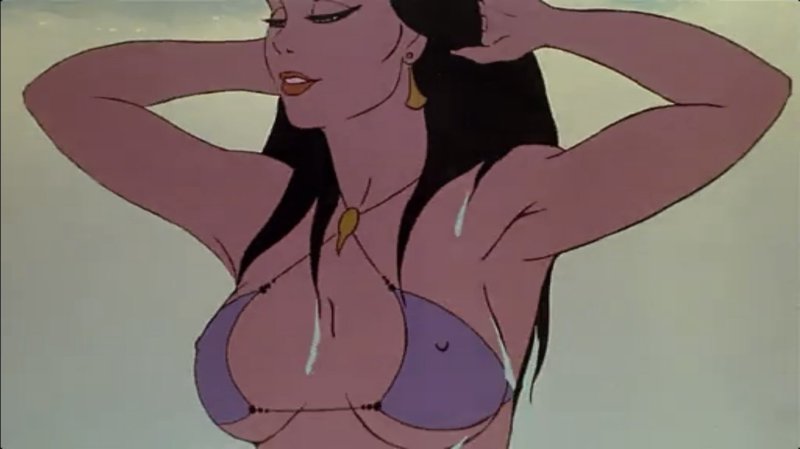 Holy shit, look at that picture! No matter where I stand, her nipples seem to follow me…

I would never claim to be an expert on animation. Especially when it comes to Anime, I’m very much a novice. If there’s any category of genre animation I might have a bit of a history with, it’s vintage fantasy animation. (Fantamation? THAT’S MINE I CALLED IT.)

I loved all those trippy Hobbit cartoons and The Black Cauldron and The Last Unicorn and a whole host of other movies that are probably all terrible but seemed great to lonely, adolescent me. I’m a little surprised this week’s recommendation, Fire and Ice (Free on Netflix, $2.99 on Amazon), escaped me until recently. It’s not every day Ralph Bakshi and Frank Frazetta collaborate on a crazy ass animated feature. My only excuse for missing its release window is I was four and the movie is pretty heavy on the near nudity and genocide.

The images above might make you think this is either a feature length episode of He-Man with more underboob or a PG-13 version of Heavy Metal. Neither is terribly far off but to really appreciate how cool this movie is, you need to take a few minutes to enjoy the video below. It’s a YouTube upload of an original VHS copy of the film’s making-of featurette. In it you’ll learn all about how the action sequences in the movie were actually performed live by impossibly athletic and/or buxom stunt people. See, a zillion years before motion capture, there was Rotoscope, the art of painting over and animating frames of live action footage. It’s still used today (see, e.g., A Scanner Darkly) and it allows for incredibly lifelike animated kinesiology. Check it out:

Pretty fucking cool right? By today’s standards the animation may look a little rough – frame rates for hand drawn animation combined with the Rotoscope technique produced a much jerkier effect than the stuff we get today. And it lacks much of the consistency audiences came to expect from Disney movies of the same period. Still, Fire and Ice delivers some incredible fluidity of motion.

Added Bonus: The narrative is a bit bland, but you don’t pull a piece of Fantamation off the shelf for intriguing drama. You pay your dollar to see skimpy outfits and muscley dudes chopping each other in half. In Fire and Ice pretty much everybody, male and female, shows off more than enough butt cheek. As for the muscley dudes, the best fight scenes come courtesy of the single greatest part of the movie: the character Nightwolf, played in both voice-over and live action by legendary character actor, Steve Sandor. When this man gets down, he gets DOWN. 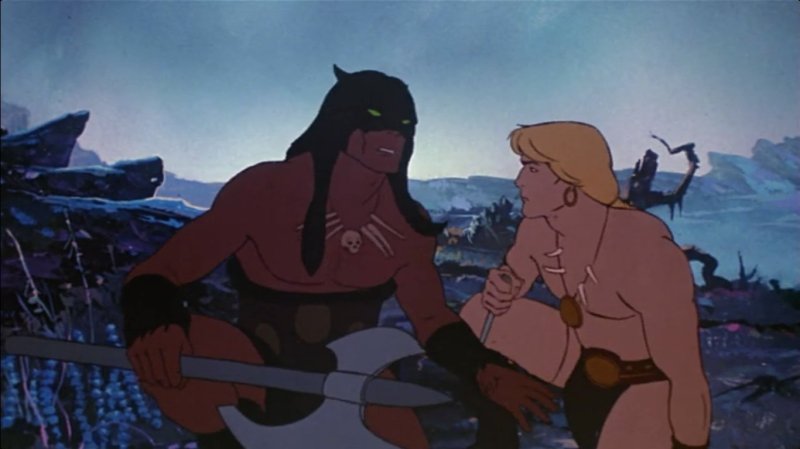 One thought on “Friday Night Flix: Fire and Ice”