Only Sleeping? I Hope It Never Wakes Up 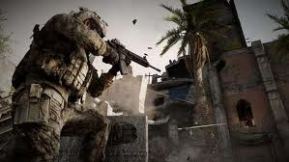 “This one is behind us now. We are taking Medal of Honor out of the rotation, and have a plan to bring year-over-year continuity to our shooter offerings.”

“We struggled with two challenges: the slowdown that impacted the entire sector and poor critical and commercial reception for Medal of Honor Warfighter. Medal of Honor was an obvious miss. The game was solid, but the focus on combat authenticity did not resonate with consumers. Critics were polarized and gave the game scores which were, frankly, lower than it deserved.”

This is the message the EA has left for its fans regarding its Medal of Honor (MOH) series.  Competing with the likes of the Call of Duty and Battlefield franchises, it seems like EA has decided to pull the plug on a game that, to say it bluntly, just wasn’t that fun.  I can only say this based on the MOH version that I played from 2010, but based on other reviews and common sense, I had a feeling the second one was going to be substandard.  It brought nothing new to the FPS franchise.  The game itself was buggy, the level design was poor, and it could be added to the list of FPS games that story is just so unflattering and uninteresting.

EA should cut its losses and focus on sports and racing games. Its clearly not ready, or capable, of participating in the FPS wars. If I wanted to play a multiplayer game that was using the Frostbite Engine, I would just play Battlefield. Why would they use the same multiplayer in a different game? An article has just came out stating that the MOH franchise is not dead, just sleeping. WHY?   Just focus on Battlefield. Focus on Need for Speed.  Focus on the awesome sports games you pump out every year.  FIFA 13 was the highest selling sports game EVER.  And it can keep getting better, as long as EA cuts the Mr. Me Too crap with the FPS genre.

I will always be an EA fan, and when I rented MOH I was really hoping for a fun and engaging game. Sadly I got a boring shoot-by-numbers with aspects stole from other games that didn’t improve on the source.  Consoles will get better, Battlefield and COD will keep refining and improving and leaving old franchises in the dust. Medal of Honor shouldn’t just be put to sleep, it should properly be cryogenically frozen and not thawed out until Battlefield and Call of Duty crash & burn.