Now THAT’S how you do a super hero splash page pose down. ** Note the eponymous knuckle dusters Doop’s sporting. – Wolverine & The X-Men #23 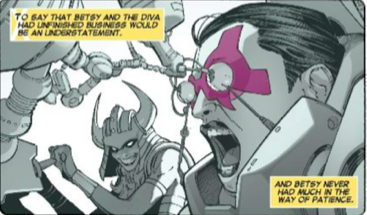 Looks like the Summers boys have the market cornered on corny-ass poses. – Uncanny Avengers #3

ALL of Legion’s multiple personalities are Omega-level? That means he is potentially one of the most powerful beings in the entire Marvel U. – X-Men Legacy #5

You’re telling me that Ororo got THAT close of a shave with just Logan’s claws in a panel? WAY TO STRAIN THE LIMITS OF CREDULITY, MARVEL. – Wolverine & The X-Men #24 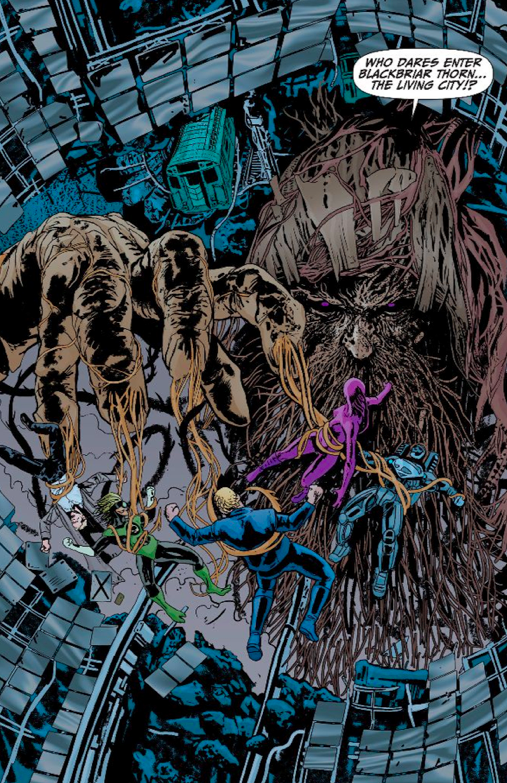 This is just cool. Or did they just rip off Metroplex? – Animal Man 16