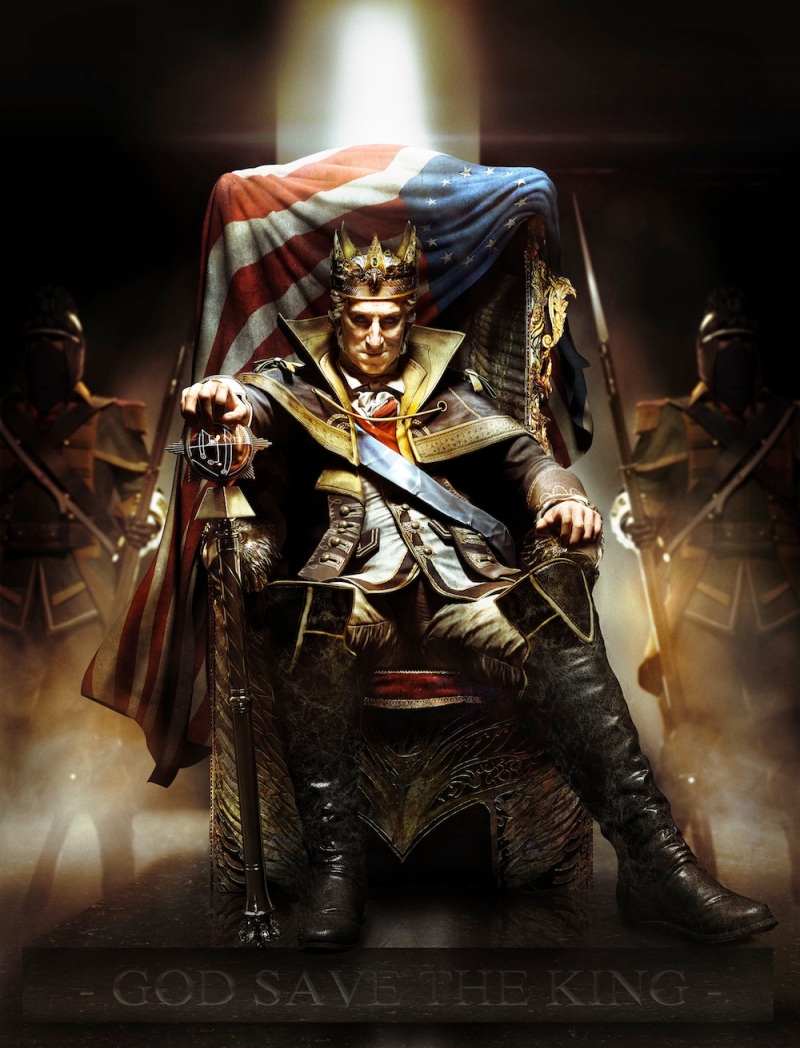 Quote from Ubisoft about the $30 season pass, from Kotaku:

As the revolution comes to a close, a new and most unexpected enemy emerges. Driven by the desire to secure the fate of the colonies, the greatest hero of the revolution, George Washington, succumbs to the temptation of infinite power. The new King is born and his reign leaves no one untouched. To return freedom to the land our new hero must dethrone a tyrant he once called friend.

The King George campaign can be purchased without buying the Season Pass, but Ubisoft is promising that the pass will net you five pieces of DLC (including new multiplayer content) at a 25% discount and give users one-week-early access to the first DLC pack.

While this is undoubtedly very cool ( the King George campaign, not the Season Pass) I’m not terribly stoked about the new trend that every game has Day One DLC.  How about you charge me $75 and just give me all the content?