Lookit this lineup! Red Hulk! Deadpool! Elektra! Venom! Punisher! Check out the cover and tell me you don’t want to read this book:

Though, to be honest, it looks like it’s drawing inspiration from two places: 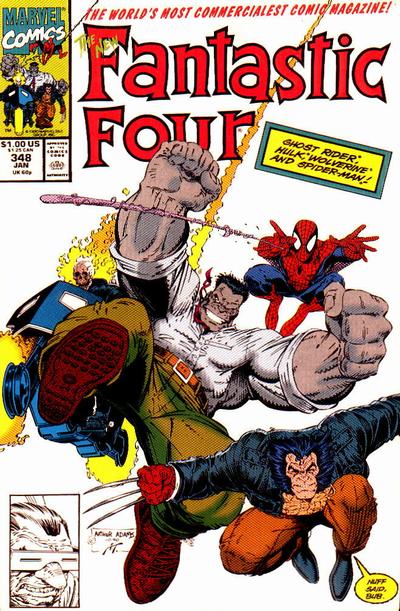 But at least Wolverine isn’t in it (yet)!

The jaded cynic in me sees this as a quick cash-grab, a “let’s throw all the bad asses on one team, give them cool costumes and sell a boatload of books! Fanboys’ll buy anything” kind of book (see the Fantastic Four image above, which could be seen as a trial run for this series). That thought is kind of born out by the matching color schematic last seen used on Uncanny X-Force (take familiar costume, tweak colors, viola!).

BUT. It’s a powerful visual and the potential shenanigans of the series intrigue me. Because, well…I’m a fanboy, dammit. OH YOU DIDN’T KNOW? Guess we’ll find out in September, with more square Steve Dillon faces than we can shake a resurrected Phoenix at.
(Link via Comics Alliance)