Lightning Strikes, Not Once But Thrice

On the 25th anniversary of the franchise, Square Enix announces 2013 will bring a new Final Fantasy with Lightning once again at the helm.  It will be the third version of FFXIII and will wrap up her long and oh so confusing time shifting story.  According to the official release the game will include new characters, costumes, and transforming weapons.  I could not even begin to tell you the chronology of FFXIII-2,  so God only knows where this one is headed.  Even though I found the previous two installments in the FFXIII franchise confusing on the story front, the gameplay was stellar and both games had different variations of combat, strategy, and exploration.  Sadly, despite sinking countless hours into the effort, I just couldn’t beat the last game.  Even on the easy setting, Square Enix gave me a battle that just could not be won. 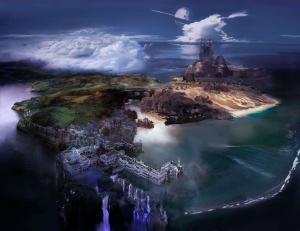 The newest addition of the game centers around exploration, with a day-night cycle with which you can encounter and interact (YAY for not ending a sentence with a preposition).  It’s looking like a mix between the FF lore and the Skyrim style of exploration.  All the best components which make a game super addicting all wrapped into one.  Sign me up!! 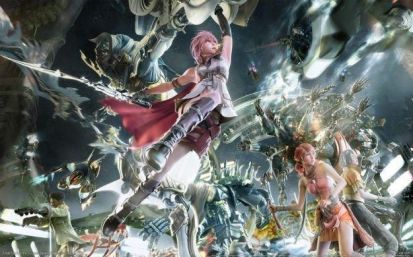