I have disposable income and am quick on the draw with my credit card.  That, combined with Amazon Prime, leads to hasty purchasing decisions, especially when they fall into the “Nerd Spectrum” (ed. note: Ugh.).

Perfect examples: I woke up today convinced that I needed to by a PS Vita.  Keep in mind, I have ZERO time to play one. I’ve barely played my PS3 over the past two months! My time is now split between work, this site, catching up on reading, comics, and  time-, soul-, and money-sucking Facebook games. So throwing a PS Vita into that equation is foolish at best and a complete waste of money at worst.  And yet…I still want it. I have the means to acquire it. Right now if I want.  I know I’ll eventually lose this battle, especially when this hits: 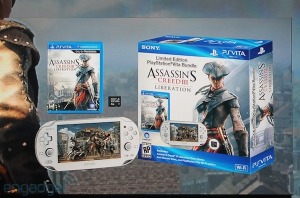 Maybe it’ll be a moot point, when WordPress reveals that their adrates are $100/hit/day. Then I can can repurpose the 10 hours I spend at work towards something far more useful, like playing video games in my Forever Lazy while becoming a hermit.  Dreams! We got ’em.

While struggling (ed. note: overstatement) with whether or not to buy a PS Vita today, I started playing Avengers Alliance on Facebook.  It’s basically Outernaughts but in the Marvel Universe.  Or I guess since this came first, Outernaughts is Avengers Alliance set in space and with stupid knock-off Pokemon.  As I had thought, my ravenous need to play Outernauts  has already greatly subsided and my dalliance with AA is fading even quicker.  Mostly because THIS GAME IS STUPID BULLSHIT THAT IS WHOLLY ARBITRARY, MAKES NO SENSE, NAKEDLY WANTS YOUR MONEY AND IS DUMB. Everything costs either gold OR Avenger points OR S.H.I.E.L.D. points which you somehow deplete doing game mandated activities, yet it’s mysteriously hard to suss out exactly how you earn them back. Well, I guess not THAT mysterious (see pic above). Can you not earn them in-game? If not, then this is just a ridiculously gussied-up money pit designed to trap comic fans & children. I’ll give it a day, after that it’s heading for the Big Deletion bin in the sky.

– The other rash purchase I was considering this morning (Pro-tip: get out of bed, spend less money) was an iPad subscription to Game Informer.  The preview issue that they’re currently offering is a solid visually, though not as tricked out as Wired.  What initially gave me pause was, “Don’t I already get all of my game journalism online for free; why should I start paying for it now?”. The impetuous side of my brain, of course, was all “It’s only $20! It’s cool, you should totally buy it!”. First, shut up brain. Second, I managed to put the iPad down and wander off to make breakfast.  While doing so I thought, “Wait, Game Informer. Isn’t…isn’t that the magazine that Gamestop tries to pawn off on everyone along with their BS Player’s Edge cards? Didn’t they TRICK me into paying for a subscription to this nonsense once?” and after a quick trip to the knowledge box, I had my answer. No thank you, game Informer, NO THANK YOU.

-A quick note on game journalism: when I was growing up,the best days of the month were the days that GamePro and Electronic Gaming Monthly showed up.  Do you remember those massive year end issues of EGM? One year I think the holiday issue of EGM clocked in at over 400 pages.  Pure bliss. After the jump, TRAVEL BACK IN TIME TO A SIMPLER TIME IN VIDEO GAMES.

9 thoughts on “On Restraint, with Bonus! Time Travel Gallery”