(ed. note: Intrepid contributor ViciousPjuraHead is spending the summer in Italy and will be filing dispatches of a gaming or comic related nature, when he gets around to it.

So every summer in Rome, on the island that sits on the Tiber River (which runs through Rome, actually) there’s aseason long festival filled with shops, restaurants, bars, and copious amounts of Italian men trying to mack it to gorgeous Italian women.  Being the clever fellow I am, I went to the spot that I knew for sure would have the flyest, breeziest Ialian babes…and found some video games to play instead. In the back corner on an upper part of the level I found a section with old games called, imaginatively enough, Area Retrogames

One of the games that was available to play to any rando that walked in was the delightfully terrible Mortal Kombat Mythologies: Sub-Zero. Do you remember that game? If you don’t, I can’t say that you’re missing out on any sort of keystone of video game history. Nevertheless, I was here, I’ve found it and now I’m going to play it.

PURE ECSTASY! Wow…the Playstation was cutting edge back when I was in college..I think it’s currently considered cutting edge in Italy. 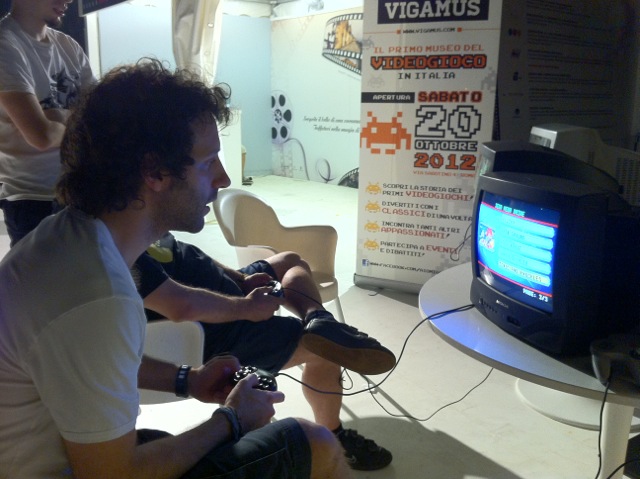 The banner to the side of me is advertising a video game museum that’s set to open on October 20th and it is called VIGAMUS. Sadly I’ll be long gone by then. Longshot, sure, but if you’re in Italy in October, check it out! File a report!